No drilling techniques, no wasting time, no compromising your body by relying on strength & athleticism to win. A framework that changes your game from Day 1.

Fulfill your purpose, and save years on your Jiu-jitsu progress, by using the formula that took me from White to Black belt in 4 years. Utilize your mind, through my Conceptual Framework.

Welcome To The Art Of Mastering Jiu Jitsu

I'm Kit Dale. I received my Black Belt in 4 years while winning Multiple World Championships. Let me show you how you can use this BJJ system to Learn faster and absorb more, while training less. Join over 15.000 other students and revolutionize your Jiu-jitsu. I can guarantee that you will progress in a way you didn't think was possible.

YOUR $248 DISCOUNT IS ALREADY APPLIED (ORIGINAL BUNDLE PRICE IS $347)

If any of these resonate, This is for you

❌ You're getting stuck in the same position over and over

❌ You're depending on strength and athleticism to win rolls/competitions, compromising your body

❌ You're struggling with control & you're predictable in rolling

❌ You struggle to perform your best in competitions

In this Masterclass you'll learn:

In an age of butt-scooting, it is stunning how few students are taught to control the upper body. This skill is even more critical in No Gi Jiu Jitsu when people sweat.

I’ve trained with the World’s Best Russian Wrestlers and learned techniques that have been passed down for hundreds of years.

You will completely dominate your opponent in a way they’ve never experienced.

Take Your Opponent's Back From The Least Likely Positions

Show even a sliver of your back and Craig Jones will ruin your day. Craig single handedly forced ADCC Medalist Lachlan Giles to abandon a favored position because it was too risky.

Defend the honor of Jiu Jitsu by making smooth back takes your go-to move!

The King of Back Takes will ramp up your Gi and No Gi game by at least 8x, seriously!

Why You Can Never Master Jiu Jitsu Through Drilling Alone

Constant drilling can only help you to a point.

Memorizing & Drilling dozens of techniques and then trying to apply them in controlled situations is the slowest & most difficult way to learn Jiu Jitsu. And it's all connected to how our brain works when it comes to learning & memory retention..

You'll never understand Jiu Jitsu on the level you need if you want to progress at the rate you know you can.

Nothing compares to the progress gained from Conceptual Learning & Specific Sparring.

According to Dr Karen Purvis, it takes over 400 repetitions to create a synapse in the brain for a technique.

400 repetitions for 1 technique & it's likely you'll never be in the position you want, to execute this technique properly.

In this video I explain what her research ALSO found & how you can learn that same technique in around 12 repetitions while using it in many different situations. 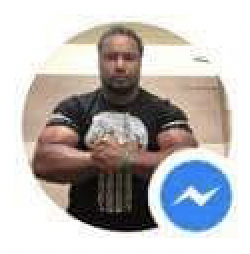 I was sweeping everybody to the point where they think my strongest position is open guard when literally before learning these concepts it was my weakest, that's why I would always start there in live rolling. Loving this course man. 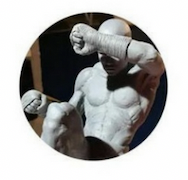 The approach to Jiu Jitsu that you have outlined here is pure gold. Kit Dale is the Tim Ferris of Jiu Jitsu! Thank you for putting this out man. I actually have a plan now for learning, and for teaching my wife and my kids. 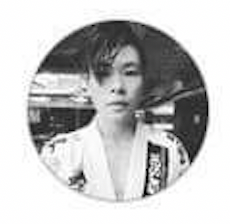 Hey Kit, I just watched your match with Tesla. I noticed you used a lot of the techniques you teach in this course. I think it's awesome that what you teach and share is what you actually do in competition against the best. I'm having a lot of success with it so far. 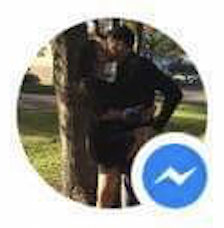 I can't tell you how much this course has helped me even after just a couple of days. No one has ever explained the idea of timing and I've always been throwing moves left and right without much success. But now I'm catching sweeps, passes and even submissions easier, it feels like I'm always ahead. It actually makes Jiu Jitsu fun again for me. Thanks again. 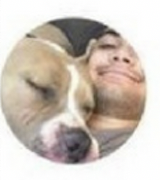 So I hit the dreaded blue belt plateau. I go this course. It legitimately opened up an entire aspect of my game I was missing. If you're feeling 'stuck' with your game, go through this course and apply what you learn. You won't regret it for a swecond. This opened my mind to so much more.

No Matter Your Belt, You Can Progress Quicker With Conceptual Jiu Jitsu

The Art Of Mastering Jiu Jitsu is the blueprint for reaching your potential as a BJJ Athlete quickly.

You can use this sytem alongside your current training, to enhance your progress without seperating you from your class or team.

This Masterclass will take you to any belt level quicker than you would be able to achieve using the standard method of learning BJJ.

There’s an INFINITELY better way of learning Jiu Jitsu faster & this is it.

This system is backed by the most up-to-date academic research in Learning, Retention, & Progression.

Spencer (a committed purple belt at the time) was struggling with skill acquisition and competition results when he first came to me! One of the biggest issues he had was applying what he learnt in class, to his live rolling and competition, and he wanted some advice..

Spencer was committed to achieving better results and to accelerate his progress since he felt stagnant and disappointed considering the amount he used to spend on the mats. We got to work online and this is what happened...

✔️Spencer started understanding what learning is, and the WHY behind the HOW. How the brain works & how he could more easily reach his desired goals. Changing the way he was thinking about training was something that quickly changed his game

✔️ We broke down Jiu-jitsu into concepts & principles (while reframing from drilling techniques) and Spencer started experimenting more with trial and error, which enhanced his problem solving abilities. These concepts massively improved his sweeping game, his gripping/hand-fighting game, his take-down game and his rate of successful submissions

✔️We worked on psychological warfare, which helped Spencer maximize his leverage while minimizing his effort. This allowed him to choose the pace and psychologically predict his opponents moves while deceiving them. He also started breaking free from predictable patterns and come up with his own solutions while rolling

✔️ We worked on how to handle different body shapes, and he started experiencing that you don’t need to rely on strength and athleticism to win

✔️Spencer started to develop great Jiu-jitsu instincts, and an advanced sense of control and confidence! For example we broke down the triangle (which was his go-to submission but one he could only do from closed guard), to increase his ability of problem solving in the moment

✔️ We reframed the way Spencer looked at competition, to alleviate anxiety, ego and nerves while setting up to win!

✔️ Ultimately, Spencer developed the skills to become his own coach! Through simplifying the complexity of Jiu-jitsu, and using my conceptual framework he started reaching his goals in record speed, fulfilling his potential in becoming his best. He started excelling at competitions, winning IBJJF Pans, Master world and IBJJF opens. Today he's a Brown Belt and that triangle that he somewhat struggled with, he can now apply for almost any position!

Every section is thoughtfully arranged to deliver the right instruction exactly when you need it. There is no fluff! No concept in this system is “nice to know”, it’s a must know.

You can jump to sections and rewatch that Sweep or Guard pass video.

The Art Of Mastering Jiu Jitsu Masterclass Has Everything You Need To LEVEL UP!

• 4.5+ hours of HD On-Demand instructional videos to Master EVERY Technique and Concept.

• Step by Step progressions respecting every detail without being overloaded.

• Jiu Jitsu is problem solving & I teach you how to become a Master of Your Mental Game.

• Rapidly progress through Gradings & Competition while going much deeper than just drilling.

• How to use this system when you’re limited to a Traditional Class setting without losing its Effectiveness.

• Plus a ton more (Even how to obliterate Jiu Jitsu classmates who gave you a funny name)...

How Long Will You Choose To Struggle?

Maybe you’ve been stuck at your current grading for a long time… perhaps even years… Watching fellow Jiu Jitsu practitioners surpass you is bittersweet.

You’re proud at what they’ve accomplished, yet wonder why you barely improve.

Maybe you’ve developed go-to techniques over hundreds of hours. Everyone sees it coming but you’re afraid to abandon them.

Then the inner monologue starts..

“Am I just not smart enough?” “Does technique really beat strength?” “Is Jiu Jitsu just not for me?”

It’s not your fault!

It’s the way classrooms are set up. Your instructor isn’t a bad person. They’re just teaching you the way they were taught by their instructors and archaic school system.

Coaches agree, this system is the future of learning Jiu Jitsu. How do I know? I’ve trained thousands of students in over 20 countries as well as their Top Coaches.

Nothing beats Conceptual Learning and Specific Sparring, nothing!

This system allowed me to win the Abu Dhabi World Pro multiple times among other championships such as the prestigious Brazilian Nationals.

You get really good, really fast at Jiu Jitsu when you understand HOW & WHY it’s supposed to work.

You now have access to all of this, on-demand when you need it.

Kit, I’ve Got Some Questions!

This Miracle of Jiu Jitsu Science is 100% digital (meaning there is no physical book or DVD). Simply log into your Teachable account, then select the course and section you wish to stream.

2. How long until I see results?

I guarantee that your Jiu Jitsu will improve immediately upon practicing and implementing the course material. The Art Of Mastering Jiu Jitsu is designed to take you from where you are now, to your potential in this sport in the quickest time possible.

3. It looks like it worked for others… what if it doesn’t for me?

If you follow the course and implement what I teach, you are guaranteed to excel quickly in Jiu Jitsu. The only way you can fail to improve is if you fail to implement.

4. Riddle me this o’ Bearded One: How do I use this in a traditional class setting without being rude?

Rather than focus on the sequence you’re being taught, try to understand its underlying principle. If you can understand why you do it, you can change how you do it.

For example, I see how many ways I can react to a partner using the move we’ve just been taught.

5. There’s no way you can learn without repetition!

That’s not really a question but I’ll explain.

Effort is required whether you’re drilling a technique or practicing the concepts that I teach. You’ll reach your goals quicker and have waaay more fun when you practice my concepts.

I’m so confident in this system that I will guarantee your success. Your access includes help from me whenever you need it (please be respectful of my time). While all sales are final, thousands of satisfied students have enjoyed results from my concepts & techniques.

Reach out to support@kitdaletraining.com and we’ll assist you as best we can!

Disclaimer: There have been claims by successful students and myself made on this page. I want to be super clear about what this means. My definition of a successful student is someone whose learned from me, implemented my teaching, and seen an improvement in their Jiu Jitsu.

Achieving a Black Belt rank in Jiu Jitsu is hard. That’s why so few accomplish it. That, and it may be dependent on your instructor’s curriculum and gym politics. Your physical potential may also be a factor.

Your results may vary. You may do worse… You may even do better than I have. Do your best!